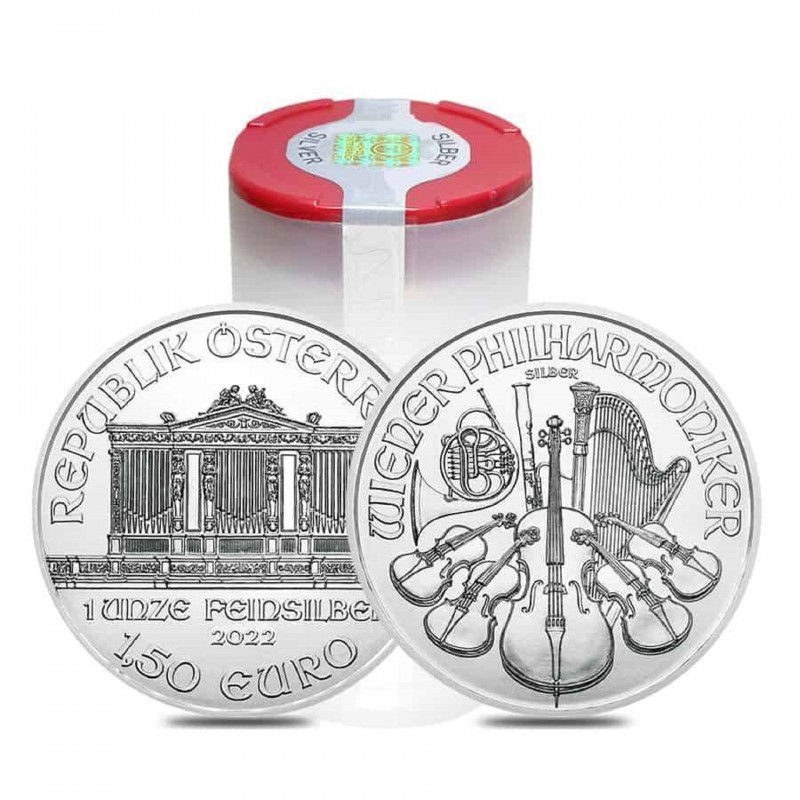 The Vienna Philharmonic Silver coin is the best-selling silver bullion in Europe. It was introduced in 2008 by the Austrian Mint. It symbolizes the unique European classical music’s history.

The Vienna Philharmonic Silver coin saw a huge spike in demand during and after the 2008 financial crisis. Many believe that precious metals are the hedge against the devaluating fiat currencies.

The 1oz Silver Austrian Philharmonic Coin was first released in 2008 and has since gone on to be one of the most popular silver coins in Europe, offering strong competition to the silver Britannia coins and even beyond, with surprising popularity in the United States and Japan.

The coin's obverse features the Great Organ of the Musikverein, also known as the Golden Concert Hall in Vienna, Austria; the engraved name of the state "REPUBLIK ÖSTERREICH"; the coin denomination value of “1.50 Euro”, fully backed by the Austrian government and the coin mintage year “2021”.

On the reverse of each coin, you may see eight orchestral instruments – four violins, cello, bassoon, harp, and Viennese horn.

EuropaBullion.com is proud to offer extremely competitive prices for the 20 x 1 oz Vienna Philharmonic 2021 Silver Tube. You may compare our prices easily as they are published live online. The account setting couldn’t be easier. We deliver fast and secure. Leave all the hassle to us!