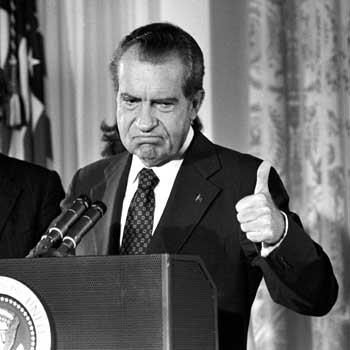 President Richard Nixon was a master of disguise.

On Sunday evening August 15th, 1971 President Richard Nixon officially devalued the savings and earning power of every American citizen. It took only 18 minutes. Almost no one noticed.

Of course, they heard the speech. It aired live on every major radio and television station in the country. The problem was, Nixon did a masterful job disguising the well-orchestrated devaluation from the average American. He ended the ability for foreign banks to convert dollars to gold. Until that moment foreign banks could exchange $ 35 for an ounce of US Gold. That meant the US dollar maintained a fixed value tied to the gold price. With this removed, the world would now value the dollar-based on its true worth, not its convertibility into gold. Nixon knew that meant a sudden plunge in value for the dollar. In fairness, he had no choice. The damage was done.

With the Bretton Woods agreement 26 years prior, allied nations of the world agreed to a new monetary order. The post-war world needed a stable currency system to facilitate rebuilding. The USA started out with a position rarely seen in world history. The post-world dollar was as good as gold. The USA had 60 % of the world’s official gold reserves at the time. That was over 22000 metric tons. It agreed to exchange $ 35 for one ounce of that gold at any time. Only foreign banks could access this mechanism called the exchange window.

However, spending programs of the 1950s and 1960s pushed the federal budget into deficit. The deficit grew slowly at first and then quickly. The Vietnam War pushed deficit spending into overdrive. Deficit spending means more dollars flowing out of the treasury than tax revenue coming in to support them. Foreign governments and central banks eagerly exchanged the dollars held on their books for gold at the exchange window.

When Nixon hit the airwaves that night the massive USA gold hoard was 63 % smaller than when the gold-to-dollar exchange agreement went in place 26 years prior. The leaders in the USA knew the dollar was in trouble. Once convertibility to gold ended it would find its true value. That was far lower than 1/35th of an ounce of gold. Nixon had to sell this to the people. He called his speech ‘The challenge of peace’. He talked about soldiers unable to find work after returning from ‘victory’ in Vietnam. Bringing the war up was a distraction. In reality, it raged on for at least four more years after the speech. Next, he talked about inflation. The Consumer Price Index (CPI) rose 6 % per year for five years leading up to his speech. He promised to break that trend and help average people get by. The President positioned himself as a hero. The villain, as he told it, was a cabal of ‘international money speculators’. He made them sound terrible. They raised prices at the grocery store. They kept veterans from finding work. Neither was true.

The truth was that the USA had an incredible power as the world’s bedrock currency following the Bretton Woods agreement. Its gold hoard underpinned this power. This position was abused by running persistent budget deficits. Foreign banks wisely swapped dollars for gold. Just as Franklin Delano Roosevelt disguised the 1933 devaluation by blaming it on treasonous hoarders, Nixon blamed it on external factors. He pretended to stand up for hard-working Americans.

In both cases, 1933 and 1971, US leaders abused the nation’s money for years before sticking the bill on its citizens. The actual devaluations were inevitable. 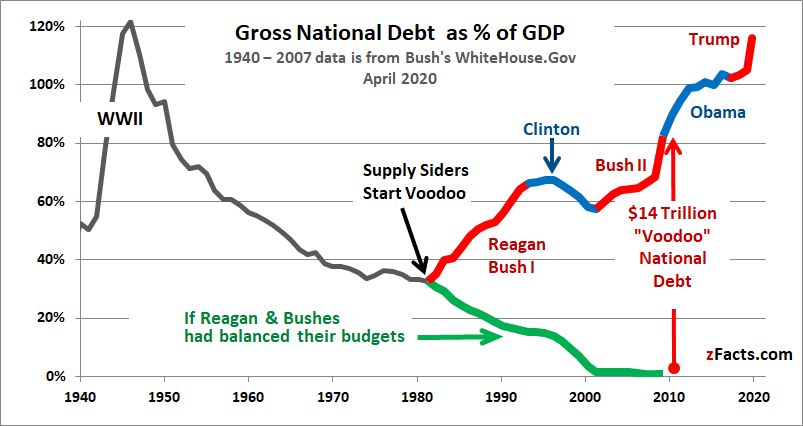 The USA spent & 4.45 trillion! in 2019. That is almost $ 1 trillion! more than it received in tax revenue. It sells bonds to make up that $ 1 trillion shortfall. The US Treasury sells bonds, bills, and notes with maturity dates as short as four weeks and as long as thirty years. When they come due it just sells more. The US debt pile never shrinks. All of the debt sold by the US Treasury carries the backing of the US government. Specifically, the ‘full faith and credit’ of the US government. For more than a century that’s been a low-risk loan. As of mid-2020, that debt pile topped $ 25 trillion. It will grow much larger. It’s never been cheaper for the country to build a mountain of debt. That’s because interest on the debt is dirt cheap. The government pays less than 1 % to borrow for as long as 10 years. It pays only 1.25 % to borrow for 30 years. Where it once sold bonds, bills, and notes to the free market its own central bank buys many of them today. That keeps a lid on the borrowing costs. Imagine how many homes, cars, or businesses you could buy with a limitless supply of 1 % credit. Take it one step further and imagine never having to repay the borrowed money. Each time a loan came due you’d take out another loan to pay it off. In this case, only a fool would sacrifice to pay off debt. Borrowing to fund an otherwise unaffordable lifestyle would be far easier.

It is just human nature. Naturally, if every new loan gets cheaper and cheaper there is no limit to how much you’d borrow. There is only one problem. If the interest rate charged on the debt ever increased it would mean instant wipeout. You’d have to make sure that the rate did not rise. That’s exactly what the USA does today. While it tripled the size of its debt pile, its interest expense barely budget. In a case like that, you’d expect its interest expenses to also triple. That would be a normal consequence for any debt that tripled in size. But that’s not what happened. The USA now benefits from the lowest interest rates in recorded human history. Borrowing on this scale is not possible in a free market. In order to remain solvent, the US had to suppress interest rates.

For example, fixing the price of oranges would punish premium orange growers while rewarding the worst growers. A free market produces the best oranges. The US would never fix the price of oranges. When it comes to interest rates it is a whole different story. Interest rates are the price of money. There’s nothing free about how that market works in the USA. The same goes for most of the developed world today. In a free-market buyers and sellers determine prices. The way this would work in a free market for interest rates is higher rates would attract more buyers looking for a good return on their money. Lower rates would be less appealing. The free market would find a middle ground.

The problem is that if the US interest rates faced a free market the country would be insolvent overnight. That just can’t happen. So, the government does anything it has to do to keep interest rates as low as possible. In the past, other countries bought US bonds receiving market interest rates for a safe investment. Right now the Federal Reserve buys up the majority of the country’s debt. The Fed started out as a small buyer of US debt. Today it is the majority holder. Soon it will be the entire market. That doesn’t sound like a robust free market. If US interest rates faced a free market they’d move to market prices. 0 % doesn’t sound like return buyers and sellers would agree on. And that is why regardless of the costs the US government can’t allow the interest rates to rise.