THE FEW WORDS ON MONEY IN THE U.S. CONSTITUTION SAY MORE THAN WE KNOW 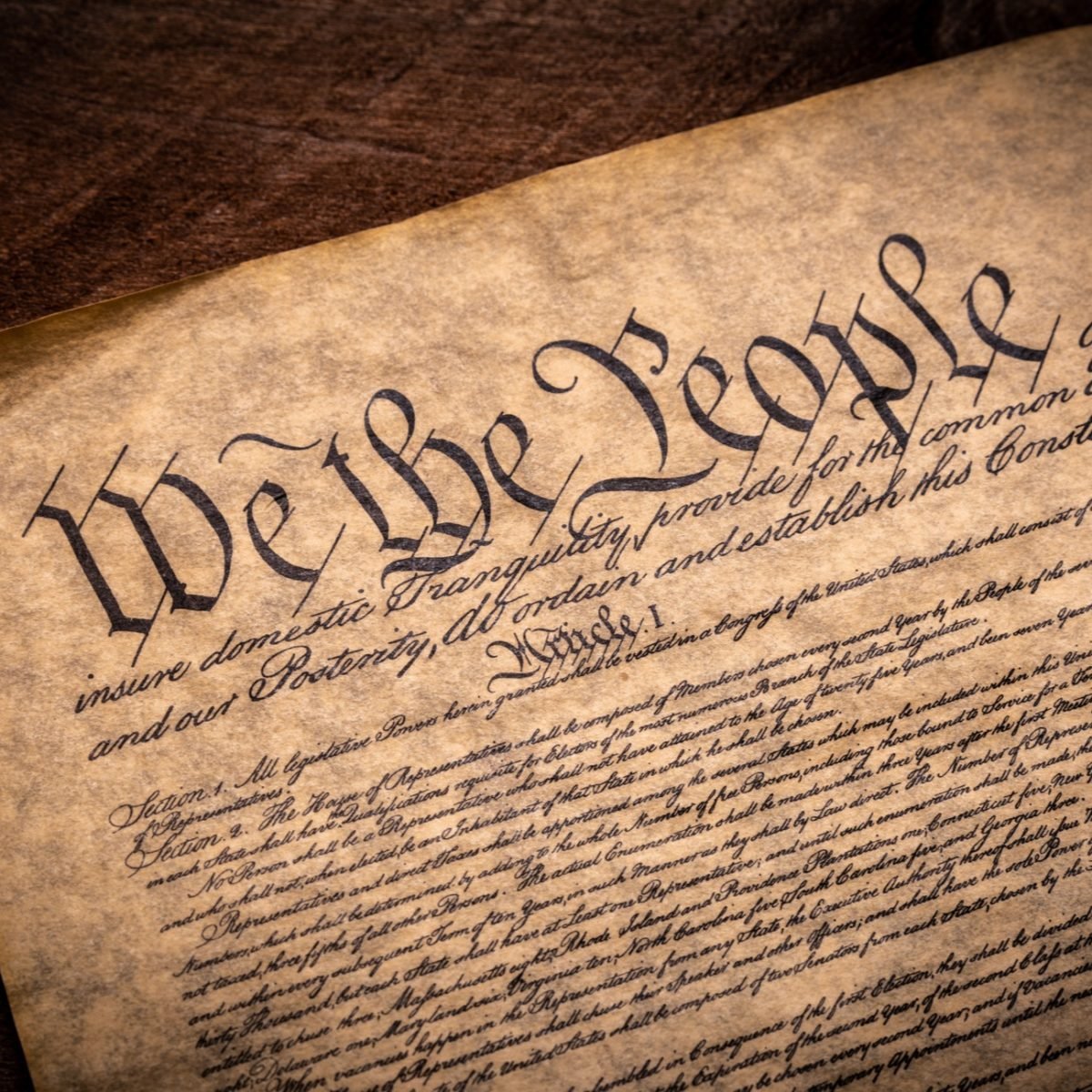 The U.S. Constitution was very innovative back in the day... or is it too innovative today?

The way the United States Constitution of 1789 speaks about money has long puzzled observers. Why does it speak so little about money, people ask, and when it does treat the subject, why the weird specific fashion?

Here is all the Constitution says about the money power of the government. From Article I, Section 8, there is “Congress shall have Power…to coin Money, regulate the Value thereof, and of foreign Coin.” And from Section 10, “no state…shall make any Thing but gold and silver Coin a Tender in Payment of Debts.” That’s 27 words, some of them offbeat or capitalized like in German, pertaining to monetary policy in the founding document of the government of the United States.

Is there a problem? It is not clear there should be.

As for the first clause, Congress could set up a mint. That is about all it says. Congress can coin money and specify what its denomination is. This is what “regulate” means and is an ordinary task of any mint. If you strike a coin you put a denomination on it, an identifier, this little gold one is ten, that bigger in silver is one. After that quotidian task, the Congressional mint can also post a list of prices of the coin in foreign exchange. Any mint, any business at all, does the same thing: post its prices.

As for the second clause, one of the main reasons the Constitutional Convention of 1787 prepared the document was so that the federal government could assume the massive state debts. The federal government did not want to have to bail out the states over and over again, just this one time. By forcing the states to accept only gold or silver coin as payments, states had a decent chance of staying solvent. Their revenues would always be good.

This all sounds brisk and efficient. What is the problem?

One criticism, a modern one, is that “monetary policy” is obviously such a core function of government; things could be clearer and more expansive on this front. Another is that “coin” is too specific. Of course, they must have meant make paper money too. One more is that surely states can accept something other than gold or silver coin. By the way, every time states collect our taxes today (never in gold or silver coin), they violate the Constitution clear as day.

What we lack in our modern reading of the money clauses of the Constitution is what they obviously say. They obviously say that the private economy has produced a money system, and it is working beautifully. There are mints striking coins. There are banks issuing paper on those coins and whatever else. There is foreign exchange all over the place serving as domestic money. And it’s a great thing to behold, as the economy prospers with the monetary system it gave itself organically.

Here’s what government does in this context per the Constitution: enter as a player just like anyone else, any humble individual. Want to strike up a mint, Congress? Be my guest, it’s a free country, anyone can. Want to take Monopoly money as tax receipts, states, shaft your creditors, and come hat-in-hand again to the feds to pay things off? No can do, must take only gold and silver coin.

The money message of the Constitution is that the private sector does the money to something approaching perfection. Seen this way, the Constitution suddenly appears far less “curt” and “weird” than is typical to us latter-day pseudo-sophisticates. It concedes the obvious, that the private economy produces industries optimally across the board, including in the manufacture of money. And then it says if Congress wants to get involved, it can, on all the ordinary terms.

For a little more proof of this reading, see how taxes, in the Constitution, get the business. Congress can lay “taxes, duties, imposts, and excises”—an efficient five words—before a panel of addenda. The “Importation of such persons” (enslaved) brings a ten-dollar tax. “Direct” (income) taxes must be proportionate to the state’s share in the census, that share made after counting only three-fifths of these enslaved (the origin of that notorious clause). Along with further oddments.

Of course, the tax system had to be made up and the monetary system is taken as a given. The economy does not naturally produce a tax system. Governments impose them. In 1787, as they shaped a government, the Founders had to dream one up. But an economy naturally does produce a monetary system. Constitutions, therefore, have no need of outlining the nature of one. All they have to say is if governments want to take a swing at that business, they can on normal terms.

How much ill-effect has come from the inability— or the unwillingness—to read the Constitution obviously when it comes to money. We cannot excuse ourselves, either, by saying that the founding of the Bank of the United States in 1791 showed that the Founders desired monetary policy. Not at all, because the statutory purpose of that bank pertained to taxation. It was the place where you could settle your debts with the government and was misnamed a “bank.” Arguably, had the United States only had tariffs in 1791 (as in 1817-61), customs houses would have made the Bank unnecessary.

We are so fancy we think the United States—the Fed even—should print paper money. This is nowhere in the Constitution, even as it was common in private practice in 1789. Right: only private institutions can do that, not just coin but print money too per our founding document, which implies that they do it very well. Congress can have a mint among many if it so pleases. And if it proves successful against the competition the profit would make taxation superfluous. This is the relentlessly tight logic of the Constitution our modern, economically “literate” minds are contemptibly blind to. We have right before us, in the most hollowed text of the polity, the means of letting the economy deliver everything it can in glory, including money and just about the entirety of the monetary system.