Mr. Smith was a big believer in the sound money.

In 1776 an inspiring Scottish intellectual came up with what appears to be one of the most influential economic books in the history of Mankind. The Wealth of Nations became a stepping stone for modern economics. In his monumental work, Adam Smith really insightful and way ahead of his time explained now widely accepted concepts such as supply and demand, ‘the invisible hand’ (aka the free market), the theory of money and banking, etc.

For the sake of exchange, he explains, men use many different commodities.

In all countries, however, men seem at last to have been determined by irresistible reasons to give the preference, for this employment, to metals above every other commodity. Metals can not only be kept with as little loss as any other commodity, scarce anything being less perishable than they are, but they can likewise, without any loss, be divided into any number of parts, as by fusion those parts can easily be reunited again; a quality which no other equally durable commodities posses, and which more than any other quality renders them fit to be the instruments of commerce and circulation. The man who wanted to buy salt, for example, and had nothing but cattle in exchange for it, must have been obliged to buy salt to the value of a whole ox, or a whole sheep at a time. He could seldom buy less than this because what he was to give for it could seldom be divided without loss; and if he had a mind to buy more, he must, for the same reasons, have been obliged to buy double or triple the quantity, the value, of two or three oxen, or of two or three sheep. If, on the contrary, instead of sheep or oxen, he had metals to give in exchange for it, he could easily proportion the quantity of the metal to the precise quantity of the commodity which he had immediate occasion for.

Different metals have been made use of by different nations for this purpose. Iron was the common instrument of commerce among the ancient Spartans; copper among the ancient Romans; and gold and silver among all rich and commercial nations.

Those metals seem originally to have been made use of for this purpose in rude bars, without any stamp or coinage. Thus we are told by Pliny, upon the authority of Timaeus, an ancient historian, that until the time of Servius Tullius, the Romans had no coined money, but made use of unstamped bars of copper, to purchase whatever they had occasion for. These bars, therefore, performed at this time the function of money. Then coins emerged. It is in this manner that money has become in all civilized nations the universal instrument of commerce, by the intervention of which goods of all kinds are bought and sold, or exchanged for one another.

Long story short – gold and silver are money. Mr. Adam Smith saw it this way. The governments and central banks saw it either.

Take the denarius for example. This was a common coin that had several iterations over the course of the Roman Empire.

The first strike of the denarius coin (meaning the version introduced into circulation) had a specific weight that created certainty between trading partners. The coins were consistent. The denarius met the definition of money initially. But that didn’t last.

In 211 BC the denarius coin contained more than 95% silver. Just 11 years later in 200 BC, the Romans cheapened the coin. They shrunk the coin by 14% while keeping the silver percentage content the same.

There are two ways to cheapen government money in coin form. One of them is to shrink the coin. This allows them to say they didn’t remove any silver content, which is true. Only the size of the coin shrinks which means less silver in each coin.

The second trick is reducing silver altogether. Silver is expensive. Replacing it with cheaper metals means the coin looks the same to the untrained eye. It takes time for the people to notice the change and revalue the cheaper coin. This was a popular tactic for Roman emperors.

As the empire swelled, expenses followed. In 64 AD under Nero’s rule, the coin shrunk by another 13%. At the same time, silver content fell by 13%.

Governments can’t help themselves when it comes to devaluing money. It was true 2000 years ago. It is true today. The means don’t change, only the methods. Do not wait for the coins to shrink – buy your 1 Oz Australian Kangaroo Silver Coin today.

Ancient Romans just can’t help but to devaluate their currency.

On March 9th, 1933 President Franklin D. Roosevelt issued executive order 6102 declaring gold effectively illegal. Going forward, citizens could keep no more than five ounces. All other gold had to be exchanged at any bank for $20.67/oz before May 1st, 1933. Anyone holding gold after that time faced a fine of $10,000 and 10 years in prison.

After issuing the order in March 1933 Roosevelt had the country’s major newspapers support the action with daily articles about gold hoarders. These ‘speculators’ put the nation in danger according to the media drumbeat.

Shortly after confiscating gold from his citizens at a price of $20.67/oz, Roosevelt revalued gold to $35/oz.

To be clear, this means the official value of gold rose 69% by decree. It took that many more dollars to equal the same gold ounce.

What citizens didn’t realize at the same time was Roosevelt needed their gold in order to devalue the dollar. This means to debase the dollar. As in Roman times, debasement was the only way out for governments in money trouble.

1933 was the official tail end of the Great Depression. The stock market crash of 1929 merely kicked off the economic decline. What people didn’t realize was the 1929 crash was a warning to get out and stay out of the market. Over the next few years, people lost their life savings jumping back into the market only to see it fall more.

With the country mired in a deflationary spiral, the Fed needed a weaker dollar. This might sound familiar as today politicians all over the world all clamor for a weak currency.

Buying all the privately-owned gold in the US for $20.67/oz and immediately revaluing it to $35/oz meant the Fed effectively devalued the dollar by 69%. He did that almost overnight. All it took was one executive order, a few pointed editorials from helpful members of the media, and the power to compel his citizens.

At some point today the governments all over the world will face a similar dilemma. When that day comes, it will be too late to prepare. 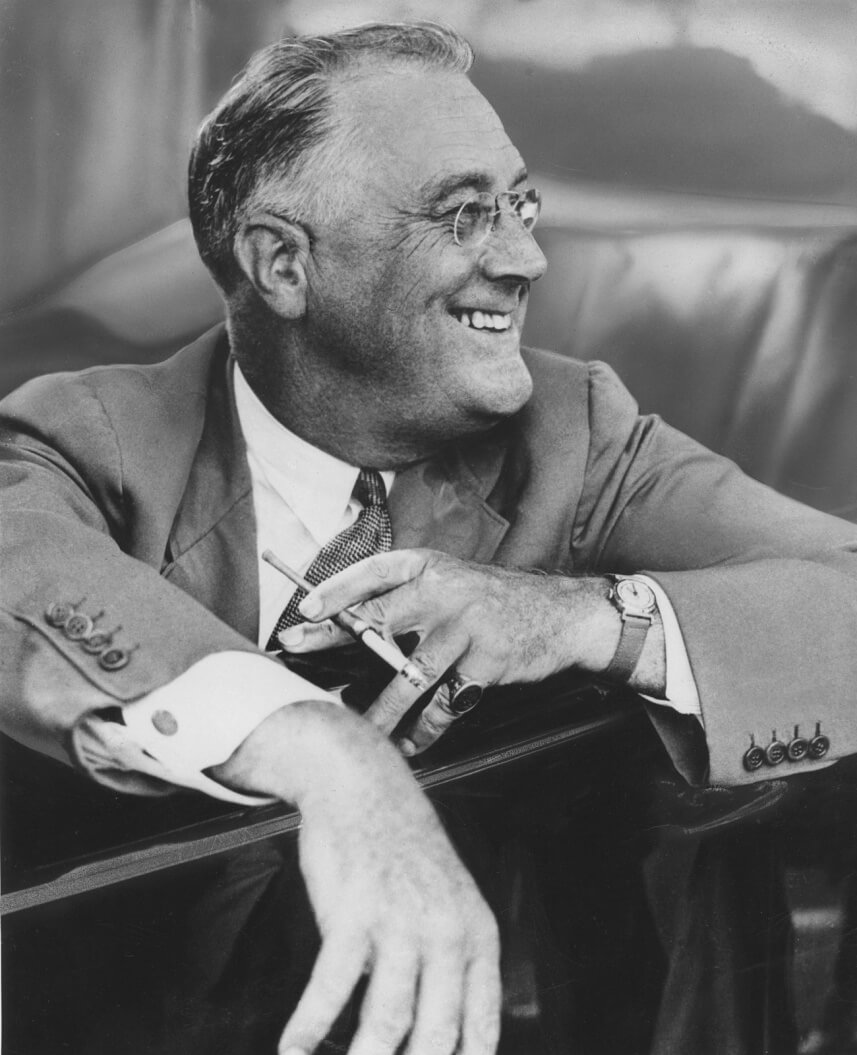 The article contains specific names of companies, strategies, different currencies, shares, government bonds, types, and sizes of precious metals, none of which can be deemed recommendations to the readers. Reading this article does not constitute a fiduciary relationship. Data, company-specific or otherwise, will not be updated on an ongoing basis. After the publication in the resources, the author and europabullion.com will not be responsible for future developments.