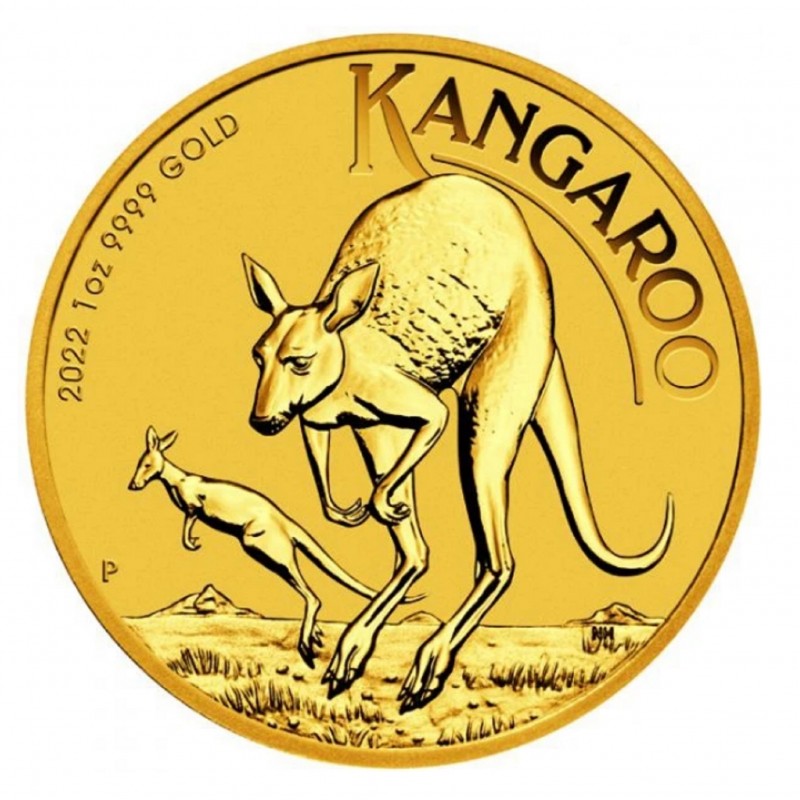 The Perth Mint is Australia's official bullion mint and is wholly owned by the Government of Western Australia. Established on 20 June 1899, two years before Australia's Federation in 1901, The Perth Mint was the last of three Australian colonial branches of the United Kingdom's Royal Mint (after the now-defunct Sydney Mint and Melbourne Mint) intended to refine gold from the gold rushes and to mint gold sovereigns and half-sovereigns for the British Empire. Along with the Royal Australian Mint, which produces coins of the Australian dollar for circulation, The Perth Mint is the older of the two mints issuing coins that are legal tender in Australia.

The coin's obverse features Queen Elizabeth II, the engraved name "ELIZABETH II", the country of production “AUSTRALIA” and the coin denomination value of “100 DOLLAR”.  On the reverse of each coin you may see an image of two jumping kangaroos, the year “2022”, the weight “1 oz” and the purity “9999 GOLD”. The combination of both, Queen Elizabeth II and the kangaroo, gives the coin a special meaning combining an extensive representation of Britain’s history with Australia along with a local national symbol.

The Kangaroo itself has a very special meaning. It is an animal native only to Australia and it’s a symbol of progress due to the fact that this animal cannot move backward.

EuropaBullion.com is proud to offer extremely competitive prices for the 1 oz Australian Kangaroo 2022 Gold coin. The account setting couldn’t be easier. We deliver fast and secure. Leave all the hassle to us!